Minnie is the best dog a girl could ask for 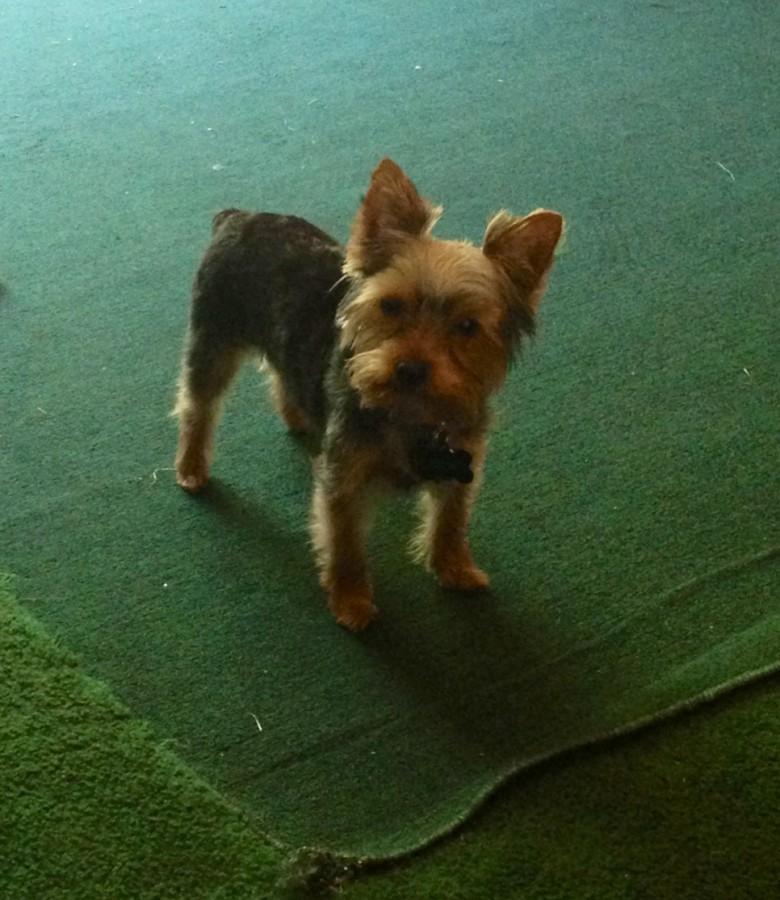 It was getting close to my birthday, and there was only one present on my mind, a new puppy. My birthday falls in November, which is close to Christmas, and I was going to be turning eighteen. I’ve wanted a Yorkshire terrier puppy for as long as I could remember, and it was finally my chance to get one.

After weeks of consideration and debates between my parents and me, my dad finally agreed to take me to look at a litter of Yorkie puppies. These puppies were hardly ten-weeks-old, and I already had my heart set on one after looking at the pictures of the litter online. Her name was Gumdrop.

We drove nearly two hours to Gordonville, Pennsylvania just to see this litter of puppies. When we finally arrived, I could not contain my excitement any longer. We met the owner of the puppy litter, and he took us in to the shed where he was housing the Yorkie puppies and their parents. Gumdrop was the runt of the litter, so it wasn’t too difficult to pick out which one she was, but just to be sure I asked the breeder.

As the puppies played while we opened the door, the breeder pointed out which one Gumdrop was. She was very tiny, only 1.6 pounds. She was all black with a soft touch of brown on the sides of her face, the underneath of her floppy ears, and on her paws. Once I picked her up, I was in love. This was the dog of my dreams, and there was no way I was leaving without her in my arms.

I thought I was getting a puppy that day, but what I really got was a life changing element. That sounds a little drastic considering we’re talking about getting a dog, but it’s the truth. Since that day, I have rearranged the things in my life so I could be home more to raise my new puppy.

I started switching my shifts at work so I could be home more. I went straight home after school instead of hanging out with friends, and I started inviting my friends over my house more often so I didn’t have to leave my puppy.

I decided to call her Minnie, inspired by Disney character, Minnie Mouse. My parents hated the name, but I was already set on it, and there was no changing my mind. She’s my dog, and I was naming her Minnie. That was that.

Minnie was born on October 2, 2012. Her mother was heartbroken when I took her baby from her, but Minnie would fit in right at home with me. Everybody who meets Minnie falls absolutely in love with her, but who could blame them?

When I get home from school, Minnie is the first one there to greet me every time. She rushes to the top of the couch that comes close to the front door, her tail wags a mile a minute, and she talks to me. Yes, she talks to me. Obviously not in English, but she pretends that we understand her howling and barking, and she will respond to us when we talk to her.

Minnie’s a lover. She needs a lot of love and affection, and I am absolutely willing to give that to her. I love picking her up and getting bombarded with love and kisses from her. Her energy is hardly ever low. She’s always so energetic.

Minnie also learned my car horn. When I get out of my car, it honks every time I lock it. Minnie has learned the exact pitch of my car horn, and every time she hears it, she jumps up and runs towards the door to say hello to me. Even if she’s sleeping, she wakes up just for me.

I treat Minnie like she’s my child. Again, that sounds drastic, but it’s the truth. I’ve never in my life had something that I cared so much about and that I was so willing to protect.

When I go away to college next year, I’m definitely going to miss Minnie the most. Even though I will be gone for weeks at a time, I know that she will still be there to greet me when I come home.

Minnie isn’t even eight months old yet, and my veterinarian informed me that Yorkies have an average life span of 14-16 years. I may be going away to college for a few years, but I’ll still have nearly seventy-five percent of her life left to spend when I come home.

My dog means the world to me, and I cannot imagine not having her in my life anymore. I know that things will eventually come to an end between Minnie and me, but I’m excited to spend the next fifteen years with her.