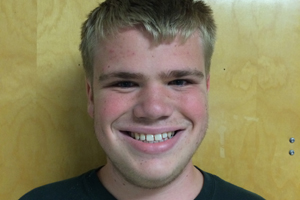 The West Deptford Boy’s Tennis team was told Haddonfield would not be in their playoff bracket. Now, it is almost wide open for the Eagles to basically run away with it. With most of the teams rebuilding this year, West Deptford seems to be the clear favorite in the Conference as well as State Championship. The team looked very promising in their dominating win over Collingswood on Thursday. There are multiple pieces that are contributing to the Eagles being a serious team–Zach Peterson in single, Walker Luck in doubles, and Mike Covehill in single. The team is playing hard, and together, they are veteran savvy and know this is the team to get it done. West Deptford is 5th in the Courier Post top 15.

West Deptford has also had many newcomers this year. Many freshman and junior varsity players are coming in and showing hope for the future. The only real obstacle West Deptford may face this year is Haddonfield. The archrival of the Eagles is always an exciting match, and the Eagles look to make it even more exciting this year. Last year, it was tough, but this year I think West Deptford is definitely a new and improved team. But, the main objective of the Eagles is to keep working hard in practice and just stay focused on the number one goal.

In order to be successful, the team can’t get too ahead of themselves. There are great multisport athletes on this team, and this is definitely the team to make a serious run. Is was very fun to watch the win on Tuesday over a very familiar colonial conference foe the Paulsboro Red Raiders. In the past this has been a tough match for the Eagles, but this year was different. It was never really a match, as the Eagles ran away with it 5-0. West Deptford now focuses on Audubon for Wednesday.

The best part of the team this year is most of the starters will be returning next year. Zach Peterson who is second team All-Conference and Mike Covehill will both be wearing the green and white. The team knows not to get to far ahead, and matches are going to be difficult.